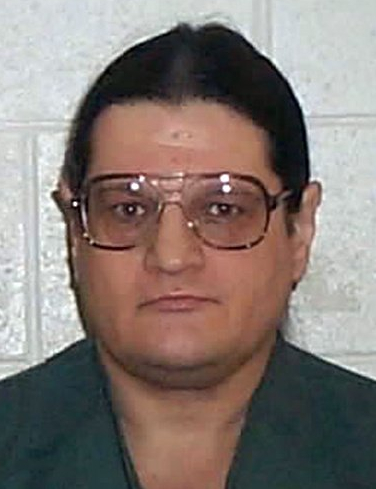 I am opposed to the death penalty.

As a pacifist, I’m opposed to the state taking people’s lives. I’m also opposed because of the well documented inequities in our application of the death penalty. And, yes, I’m opposed to the death penalty in my role as a journalist—I know first hand that law enforcement, judicial and political officials are not infallible and therefore not qualified to make this ultimate decision.

I am not going to rehash the many arguments for and against the death penalty in this post. But I will focus on that last point, about the fallibility of the people responsible for making the capital punishment calls. The case of Ezra Paul Rhoades in Idaho illustrates this point well—the law has enabled us to pass the buck in deciding and executing death penalty cases.

First, Rhoades was sentenced to death in 1988 by two judges, not by a jury of regular folks who would have had to wrestle with questions of conscience, in addition to questions of law. While I would hope that Judge Larry M. Boyle in Bonneville County, who handed down a death sentence for Rhoades’ murder of Susan Michelbacher and Judge J.C. Herndon who sentenced Rhoades in Bingham County for the murder of Stacy Baldwin, wrestled with their consciences, they were able to lean on state and federal law in making their judgements.

Having exhausted his appeals, Rhoades sued the Idaho Department of Correction in September, arguing that the method of execution in Idaho could potentially cause cruel and unusual punishment. What has followed has been a highly clinical discussion of the death penalty—is a three drug cocktail better than a single lethal drug—that has distracted us from the case at hand. Tomorrow, Idaho will execute a man.

The practical effect of this legal wrangling has been a passing of the buck at all levels. U.S. Magistrate Judge Ronald E. Bush considered the issue quite rationally in his Nov. 14 decision not to halt the execution, but concluded that the execution of the three-time murderer was in the best interest of the state, even though society has not resolved the uncertainty, expense and impact of the death penalty.

However, the citizens of the State of Idaho and the families of the individual victims in this case have a compelling interest in seeing that Idaho’s lawful judgments for the kidnappings and murders of Susan Michelbacher and Stacy Baldwin are enforced. Those judgments have been pending now for well over two decades while Rhoades challenged his convictions and sentences in state and federal court. There is much that has been said and written about the uncertainties and expense of death-penalty cases, and the impact that the length of time such cases place upon the families and communities of the victims, as well as the impact of such delay upon the ratio decidendi underpinning the death penalty in our society. Continued delay compounds those uncertainties, expenses, and impacts, and therefore is not in the public interest.

Then the 9th Circuit Court of appeals ruled yesterday, in clinical legalese, that Rhoades can be executed because he can’t prove his point that IDOC is not prepared to carry out the execution in a proper manner:

The November 15, 2011 emergency motion for a stay of execution is denied.

But the real passing the buck comes from the politicians—the ultimate conscience in death penalty cases. The Governor, and in this case, since Governor Butch Otter has been at a posh resort in Hawaii all week, the Lieutenant Governor, are not beholden to legalistic or clinical reasons for granting clemency: they can do so because a higher power tells them to, because data on the death penalty demands it, because they feel like it. But they do not feel like it.

“It’s tough, it’s tough,” said Otter, a conservative Republican, when asked about balancing his faith and the death penalty. He’s been reluctant to discuss the matter as Idaho approaches its first execution since 1994, when murderer Keith Eugene Wells dropped his appeals and requested to be put to death…

… Otter told The Spokesman-Review this week, “I support the death penalty,” adding that it’s an issue he’s given a lot of thought to “all my life.”

“I think that as our criminal justice system … suggests, people have to be held responsible, and sometimes it’s to the max, and this is one of those cases,” Otter said. “They have to be held accountable for their actions.”

And Lt. Gov. Brad Little is not engaged, despite his deputization to become engaged:

Little said he hasn’t even read the letters and emails that continued to come in to the Capitol regarding the execution this week, leaving them instead for Otter on his return. “I guess I could go ask for ‘em if I wanted to, but I have chosen not to do that,” Little said.

“I mean, the Constitution says you have all the rights and powers of the governor when the governor’s out of state, but you know what? The governor comes back,” Little said.

But the worst part is that now the state is enabling us, the Idaho public and indeed American public to pass the buck, by banning witnesses at part of the execution:

Prison officials say to maintain Rhoades’ dignity, they won’t allow witnesses to view him being restrained or having the IVs inserted. They also said changing the procedure now could be disruptive.
But a group of Idaho news organizations say that policy conflicts with a 2002 federal court ruling that found the public, through the media, must be allowed to view executions in their entirety. The news organizations have asked the state to reconsider.

In the end, we all empowered the police, the judges, the governor and the lieutenant governor to make the decisions they made and we must take responsiblity tomorrow when Rhoades is executed. The only way most of us will do that is through a public witness like a brave reporter who is willing to document the event for us. I plan to be present at the execution as well, standing outside the prison gates while a man is put to death inside. I’m not reporting on it; I just feel a need to be there. I suggest that everyone—whether you support of oppose the death penalty, whether you feel it is justified in this case or not—be present tomorrow morning in some way. The bucks stops with each of us tomorrow morning.